JAKARTA, Indonesia — Millions of Muslims rallied peacefully in the Indonesian capital (Jakarta) on Friday, 2 December 2016 in the third major protest against its minority Christian governor, who is being prosecuted for alleged blasphemy.

President Joko “Jokowi” Widodo, unexpectedly went to the national monument (Monas) to join the biggest Friday prayers ever with the crowd. He said thank you to ulama & protesters for the prayer, zikir, and called for protesters to leave peacefully. They cheered and chants calling for Basuki “Ahok” Tjahaja Purnama’s arrest, but later, people streamed peacefully out of the area.

The blasphemy erupted in September when a video circulated online of Ahok’s speech. He was accused of blasphemy for saying:  “Ladies and gentlemen, you can’t vote for me because you’re being lied to by [the Quranic chapter] Al Maidah verse 51 and so on. That’s your right. So if you feel you can’t vote [for me] because you’re afraid to go to hell after you’ve been dumbed down, that’s fine. This is your personal calling. This program will continue regardless. So, ladies and gentlemen, don’t ever feel bad that you can’t vote for Ahok.”

Here is Al Maidah verse 51: “O you who have believed, do not take the Jews and the Christians as Auliya’ (leader, allies). They are allies of one another. And whoever is an ally to them among you — then indeed, he is of them. Indeed, Allah guides not the wrongdoing people.” (Qur’an 5:51)

Indonesian Muslims believe Ahok insulted the holy Quran and it’s hurt them. Indonesian Ulema Council (Majelis Ulama Indonesia/MUI) also released the fatwa that Ahok insulted the holy Quran, Prophet Muhammad & Ulama. Not only that, Muhyiddin Junaidi, head of International Affairs at MUI, said that Ahok is lucky that MUI is getting law enforcement involved, because “if we were in Pakistan or India, he (Ahok) would have been killed.”

Organizers had agreed to concentrate Friday’s protest around the vaulting monument to reduce disruptions, but the area quickly overflowed. Monas only hold about 700.000 protesters. Police put on standby 22,000 officers and 5,000 soldiers.

Lisnawati Djohar, a resident of West Sumatra’s Padang city, said she flew to Jakarta with a dozen friends for the protest.

“I’ve been called to defend Islam,” she said. “As a Muslim, I feel guilty if I refuse a demand to defend my religion. I believe Ahok insulted the holy Quran and it’s hurt us.”

Not only her, muslims from Ciamis were willing to walk on foot from Ciamis to Jakarta with the distance of 300 km (5 days walking) because no bus. This is about ‘ghirah’ from their bottom of heart. There are also ulama, politician, artist, non muslim, & chinese that not like the blasphemy & support this protest for justice.

Habib Rizieq Syihab, leader of the Islamic Defenders Front, a vigilante group that helped organize the demonstrations, gave a fiery speech to the protest in which he asserted Indonesia would be peaceful if there was no blasphemy and other problems such as gays.

Speaking on the main stage at the national monument, National Police chief Gen. Tito Karnavian called for the protesters to support the legal process in the blasphemy case. Police say Ahok can’t leave the country during the case. However, Muslim groups continue to demand his arrest because suspect of the same case was arrested.

Not only in Jakarta, other protest also held in many cities like Makassar, Medan, Padang, Yogyakarta, Bandung, Malang, Surabaya & others. But all of them end peacefully. The protest & biggest Friday prayers in the world also makes Indonesia, the world’s most populous Muslim nation establish a positive image; peaceful & moderate Muslim Nation. 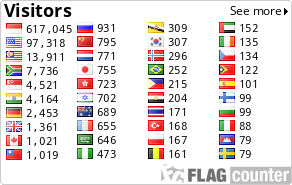